The couple lives in Ohio but they fell in love with historic Savannah Georgia and knew that is where they wanted to have a true southern wedding. So, together with SAS, they planned a destination wedding for over 125 guests all from other areas of the country.

What was your vision for your wedding day? Where did you find inspiration?

Growing up in the South and always enjoying spring weather, my vision was to have a wedding in a traditional southern city in the month of April. Freddie and I had moved around a lot from Dallas to Indianapolis and were residing in Columbus, OH while planning our big day so we decided to plan a destination wedding down south. All I could dream of was Spanish moss and rustic decor.  After selecting Savannah as our destination wedding location, I was constantly looking at Pinterest and bridal magazines for Southern inspired weddings to create the perfect “Southern Rustic Charm” for our big day.  It all came together by incorporating farm tables, lanterns, gorgeous spring flowers and the most fabulous rustic brick walls lite up inside the Charles H Morris Center. Every wedding can be made beautiful by the decor and flowers but ours was one of a kind due to the most energetic and captivating band that I have ever experienced after attending more than 50 weddings in my lifetime. Our guests never sat down and danced the night away which captivates our personalities- we love to party! Everything was perfect and our wedding weekend was everything that I had dreamed of. We had 135 of our closest friends and family in Savannah for a 3 day celebration. 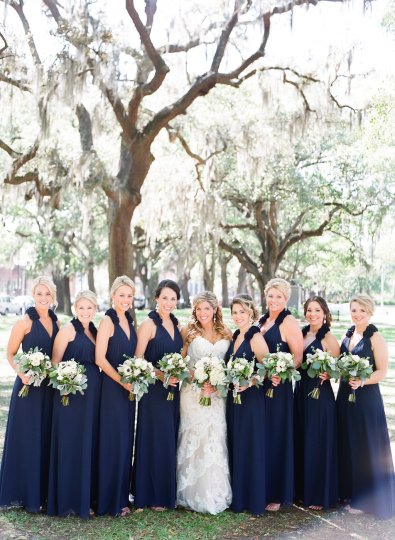 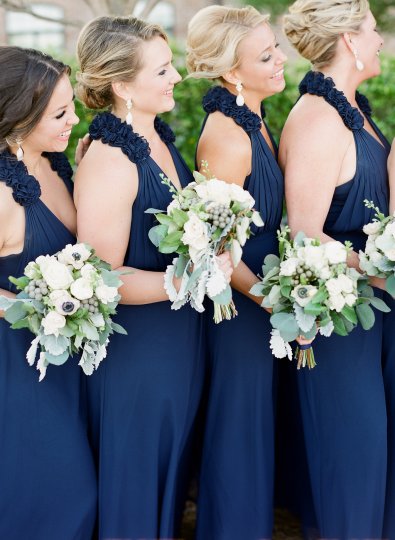 What was your favorite moment from your wedding day?

Although the ceremony and reception were magical, my favorite moment was our first look at Wormsloe. I had been on a weight loss journey for the most beautiful dress that I had ever seen to fit just perfect. The look on his face when he turned around and saw me for the first time was something that I will never forget for the rest of my life. Being there with just Freddie and our photographer made for an amazing time to just be in the moment. Even though it was just a half hour of alone time, I felt like we could spend the rest of the evening around our friends and family knowing that the day was about “us”. 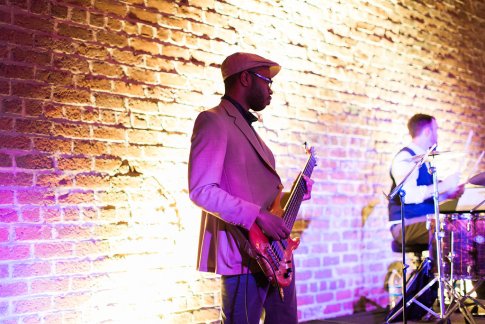 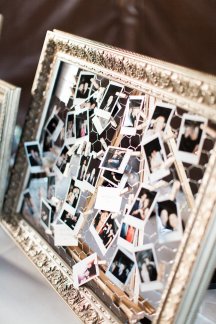 Any advice or suggestions for future brides?

Involve your fiancé in the planning of your big day. I think what made the weekend so special is that Freddie had given his ideas and I had incorporated them in. There were a few surprises that I had up my sleeve but Freddie felt like this weekend was about him as well which it should be about the bride & groom not just the bride. My favorite surprise for Freddie was the memory table that his mom and I put together with photos of his father who had passed the year before. His whole family broke into tears when they saw what we had done. It was another magical moment. 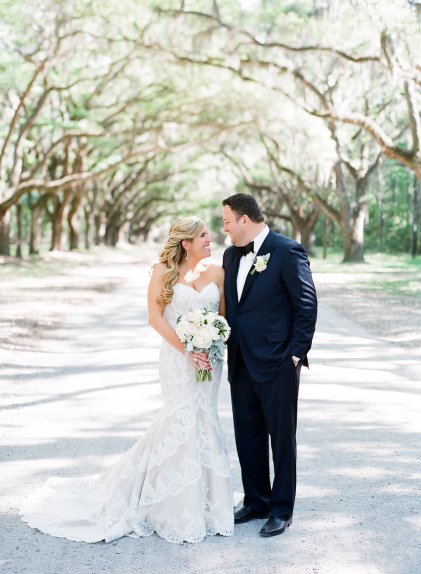 What’s next for you guys?

Well we are always on the move…some would call us movers and shakers. We spent 12 carefree and romantic days vacationing in Italy which was just what we needed after the hustle of wedding planning and entertaining. About two months after returning from what we called our Italian Love Affair, we found out that we were pregnant. We were ecstatic to welcome a baby girl to our family of three which already included our sweet son, Fred Anthony III, named after his grandfather that had passed away. Not that we needed any more excitement in 2016, Freddie accepted a new job in Atlanta and we relocated from Ohio in November. 2016 was the best year in our lives and we can’t wait to see what the future holds for our family of four!

About Trustees’ Garden in Savannah Georgia

The Charles H. Morris Center and the revitalized garden have laid the groundwork for the high quality, creative activities and rich experiences that will be available at Trustees’ Garden.

Trustees’ Garden has always been an integral part of the history of Savannah. From 1733 to 1748 Trustees’ Garden was used as an experimental garden where peaches, rice, cotton, grapes, flax, hemp, indigo, olives, and mulberry trees, which were essential to silk culture, were grown. Silk was an early endeavor, and the town’s largest structure was the filature where the cocoons were unwound into silk thread. A gown for Britain’s queen Caroline was made from Savannah silk.

In 1945 H. Hansell Hillyer and his associates acquired Savannah Gas Company. Coal gas production ceased and shortly thereafter Mr. Hillyers’ wife, Mary McClaren Hillyer, began to restore the area with a project known as the Trustees’ Garden Village, which was successful as a commercial and apartment rental area. In 1966 the Atlanta Gas Light Company merged with the Savannah Gas Company. In 1998 the 10 acre Trustees’ Garden site was sold to developer Alan Beal, who in turn sold it to Robinson Callen. In 2004 Charles H. Morris acquired 6.3 acres from Robinson Callen.

Trustees’ Garden is the last large parcel of land in the Historic District. Charles Morris has completed phase I which is the Charles H. Morris Center (the former Hillyer building) and has plans to restore several other historic buildings on the site that include the Three Gables Building, and Kehoe Iron Works.

Thank you Natalie + Freddie for allowing SAS to be a part of such a special time in your lives!